1. Even if it has caused great displeasure to enthusiasts of the current mounting populism, it is now clear that the UK Parliament will play a crucial role in the so-called Brexit procedure. As it is already well known, the UK Supreme Court has confirmed that an act of British Parliament is required to authorise ministers to give notice of the decision of the country to withdraw from the European Union, pursuant to Article 50 (1) TEU (see, in this regard, UK Supreme Court, 24 January 2017, Judgment (on the application of Miller and another) (Respondents) v. Secretary of State for Exiting the European Union (Appellant)). At the time I write the bill to give such authorization has been passed in House of Commons and the final word of the House of Lords is expected at the beginning of March.

From the EU perspective, the recognition of the central role of the Parliament amounts to an increased possibility that, after giving notice of withdrawal, the UK may change its mind on Brexit. In the Miller case (quoted above) both the UK High Court in the first instance and the UK Supreme Court on appeal started from the premise – common to the applicant and the respondent – that the notification pursuant to paragraph 1 of Article 50 is irrevocable. However, on the one hand, the alleged irrevocability of the notification does not preclude any future “change of one’s mind” based on domestic law, and on the other, the only institution that may finally decide on this issue is the Court of Justice, and not national institutions. This is why I believe, following opinion already expressed (see, Miglio), that the Supreme Court should have referred the question of revocability of the notification to the Court of justice. Even if, as a matter of judicial policy and of political expediency, the reason why it did not is perfectly understandable.

Of courts, politics, and EU law: the UK Supreme Court’s failure to refer and its consequences

The much-awaited judgment of the UK Supreme Court in the Miller case has attracted mixed commentaries. Some have praised it as a well-balanced piece of judicial wisdom that upholds a fundamental constitutional principle and reinstates Parliament at the centre of the political debate (Peers, Solanke). Others have criticized it as a missed opportunity, especially for refusing the devolved assemblies a say in the Brexit process (Dawson). This post does not have the ambition to provide a comprehensive overview of the judgment, a task that others have already accomplished (Elliott, R. Craig, Davies), and that the author would be too ill-equipped to undertake. Its purpose is rather to propose some reflections on a point that should have caught the attention of the lawyer familiar with European Union law.

You can’t have your cake and eat it too: why the UK has no right to revoke its prospected notification on Brexit

Especially on occasion of the judgment R (Miller) -v– Secretary of State for exiting the European Union, issued by the High Court on November 3 (on which see Martinico), some have started considering whether the UK may revoke its withdrawal from the Union after having notified it pursuant to Art. 50 TEU. The main argument put forward by the advocates of this idea is that, since revocation is not expressly forbidden, it should be available to the UK. Others may add to this view that revocation would be consistent with the principle to preserve treaties from being terminated.

Brexit opens totally new scenarios not only for politicians, but also for legal scholars. And all opinions deserve the greatest attention. Yet, I think that a deeper scrutiny of this option leads to different conclusions.

In fact, the issue concerning revocability of Brexit has been advanced especially within the constitutional debate internal to the UK legal order, and was mainly justified to temporarily overcome the dilemma whether Brexit can be validly notified by the UK Government alone, or a prior vote by the UK Parliament is required. In this sense, if revocation were possible, the above dilemma might be solved after Brexit having been notified by Rt Hon Theresa May; subsequently, the UK institutions would have time to solve their constitutional conundrum. The legal dispute might indeed be decided soon by the UK Supreme Court in the Article 50 ‘Brexit’ appeal (the hearing began on December 5, 2016 and a judgment is awaited); however, the debate on revocation has crossed the UK borders and is being analysed also from the international legal plane. Doubts have hence arisen whether Brexit might be revoked during the notice period running between the withdrawal notification to the European Council and the subsequent two years (or the extra-period unanimously decided pursuant to the same TEU provision), as per Article 50.3 TEU.

II) Brexit: Should They Go…

I) Brexit: Should They Stay… 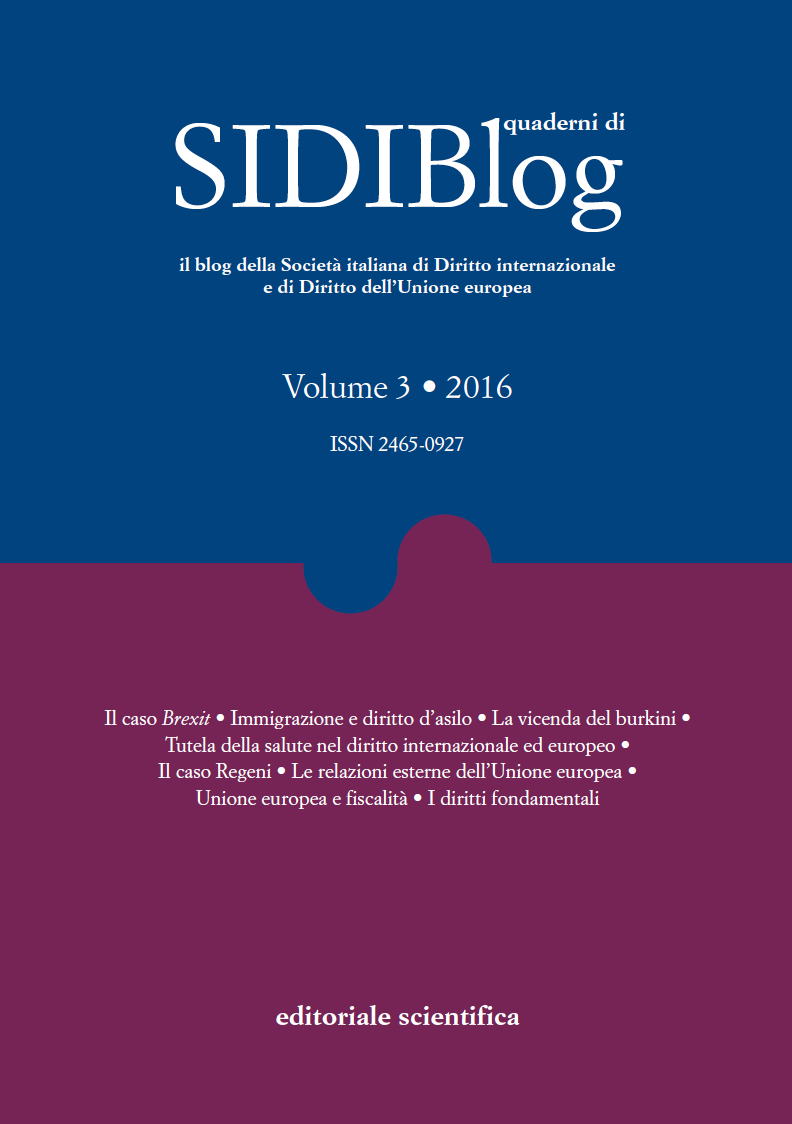